“It is imperative that the port’s capability to facilitate the efficient and prompt movement of cargo is enhanced in order to address the current congestion problems that have already reached a critical stage,” the associations said in a joint statement.

Tony Tong, HKLSA vice chairman, said Hong Kong had to raise its efficiency and productivity levels to cope with a changing industry landscape.

“Given the strong barge volumes and transhipment in the region, we need sufficient land and berthing facilities to allow for effective barge-vessel arrangements and smooth inter-terminal trucking flow to meet the vast number of cargo consolidation activities between shipping alliance carriers at the port,” he said at an industry luncheon today.

“The absence of such a port zone land policy is one of the major reasons why port congestion continues to be a big challenge today.”

Hong Kong handled 22.35 million 20-foot containers last year, 70 percent of the boxes for transhipment. Barge transshipment through Hong Kong has increased by almost 30 percent in the last 10 years and resulted in the need to mix vessel calls with barge arrivals at the main berths. There is insufficient yard space to handle the rapid flow of transhipment boxes and not enough dedicated barge facilities.

“It is not uncommon for a barge to take two days to be unloaded at the container terminals, which is far too long,” he said.

The Hong Kong terminals and liner association members said Hong Kong was one of the busiest maritime centres in the world, and to address the congestion cargo needed to be handled more efficiently.

“This requires that the government quickly makes clear policy decisions in order to provide the much needed permanent additional land for container handling facilities adjacent to existing ship berths.”

But getting the Hong Kong government to act quickly may be expecting too much. Very little has been done to improve the port facilities and back-up land for logistics even though the problems were first highlighted in the early 2000s.

What has changed is the size of vessels being operated by the container lines and this is causing Hong Kong serious headaches. In a critical area of performance from the perspective of container lines — berth productivity — Hong Kong’s competitive position is being eroded by the growing size of container ships calling at the Kwai Chung complex, accompanied by container moves per vessel call that are not increasing in proportion with the additional quay space being occupied.

“What we see is that ships are getting bigger, staying longer, with fewer moves per call,” Peter Levesque, Modern Terminals’ chief commercial officer, said earlier this year.

This is causing lower berth productivity with longer turnaround times for overhead gantries. Quay cranes applied to the largest ships have a significant increase in travel time per move because of the increased distances the quay cranes have to cover.

According to data from the JOC Port Productivity database, Hong Kong ranks near the bottom of greater China’s ports in berth productivity, defined as the total number of lifts per hour while the ship is at port. Based on 2013 data for more than 4,300 vessel calls of ships with a capacity of 10,000 TEUs or higher, Hong Kong’s berth productivity was 86 moves per hour, versus 143 at Ningbo, the Chinese port with the highest productivity for vessels of this size.

The problems were highlighted in an HKCTOA white paper (www.hkctoa.com) released earlier this year and covered by JOC.com, which said the port’s container handling industry required an additional 70 hectares of land to be integrated with the existing container terminals to create a Kwai Chung Port Zone that would support Hong Kong’s operational needs until 2030.

“Development of the Port Zone is needed urgently as the port is highly congested and faces fierce regional competition that has resulted in the loss of its ranking as the world’s third busiest port to the neighbouring Port of Shenzhen,” the statement said.

She said the required policy initiatives included increasing the utilization of the existing terminal and back-up facilities to enhance port efficiency and improve its competitiveness.

“In order to realize these pledges, we deem it necessary to have coordinated support across government bureaux and departments. We therefore urge the government to quickly implement a holistic port zone land policy in a coordinated manner,” Chung said.

As if that wasn’t enough to worry about, Hong Kong is about to run into a serious shortage of container truck drivers. Chung said 59 percent of the drivers were nearing retirement age and she called for more “flexibility” in the licensing system to address the looming shortage. 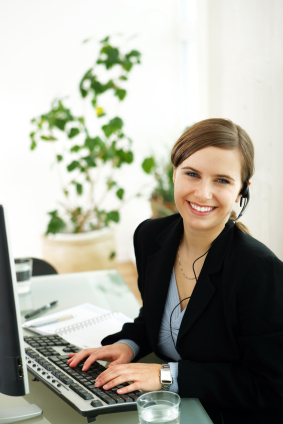